After the usurpation of power in autumn 1947 by events in Slovakia, and in February 1948 within the common Czechoslovak state, the Communists began an open campaign against the churches and the faithful. The communist regime’s victimization and persecution measures of course mostly impacted the Catholic Church, as the largest church in Slovakia. However, the Evangelical church a. v., the Reformed Christian Church, and other smaller churches and parishes were also affected. While this campaign was motivated by the Marxist-Lenin thesis of religion as “the opium of mankind” and religious belief in God as an old-fashioned relic, power also played a key role in Slovakia.

After the communist coup, churches and religious societies remained the only potential opposition in society, and the initial restrictive measures against them gradually developed into hard persecution. After the adoption of anti-ecclesiastical laws in 1949, one of the most radical measures was the violent liquidation of men´s (Operation K – 13 April 1950) and women´s (Operation R – 29 August 1950) monasteries.

On-going direct pressure against the Church and faithful continued with mass persecutions that resulted in hundreds of political trials (the most significant was the show trial against three Catholic bishops Vojtaššák, Buzalka and Gojdič in 1951), the destruction of the Greek Catholic Church, and measures to disrupt the church from within with the help of collaborating priests. During the four decades of communist rule, the state’s religious citizens were a discriminated group of the population with curtailed opportunities for social and professional advancement.

The destruction of religious orders was a significant milestone and symbol in the communist regime’s anti-church policy. And that’s precisely why the Slovak Republic has commemorated 13 April as the memorial Unfairly Prosecuted Persons Day since 1993.

That this tragic event has gone down in history as the Barbarian Night is due to Cardinal Ján Chryzostom Korec (one of the interned monks) referring to it as such in his memoirs – and hence the name of the related website prepared by the Nation´s Memory Institute in cooperation with partners.

This website aims to cast the objective light of information on the dark tragic events of the 1950s – giving the general public valuable insights into their history. The site contains the texts, photographs, overview of interned monks and nuns, memories, and testimonies of persecuted monks, as well as documentation from Slovak archives. Authentic State Security and state office sources chart the timeline of monasteries’ destruction. The international dimension of anti-ecclesiastical state intervention is illustrated by the text on the dissolution of religious orders in Hungary, which was prepared for this project by our Hungarian colleagues. 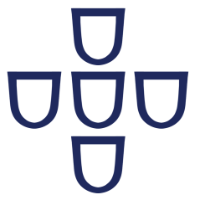 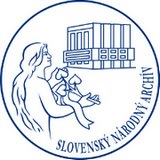